As we hit the crest of the week, The Waveform Transmitter‘s Ste Knight takes a listen to a raft of brilliant music, featuring James Ruskin, Tryphème, and Under Black Helmet. END_OF_DOCUMENT_TOKEN_TO_BE_REPLACED

We kick off our 2020 mix roster with Scotland’s Stephen Kirkwood AKA Kunky. The Waveform Transmitter’s Ste Knight took time out to talk to the SKapade boss about his brand new partnership with Pioneer DJ. END_OF_DOCUMENT_TOKEN_TO_BE_REPLACED

Autonomous heads to the Avoidant imprint with a triple header of Motor City electro on the Dialekt EP. The Waveform Transmitter‘s Ste Knight takes a listen, and presents an exclusive premiere of The Void. END_OF_DOCUMENT_TOKEN_TO_BE_REPLACED

The May bank holiday looks set to go down a storm for electronic music fans who are in Glasgow that weekend, as the 8th Riverside Festival hits the banks of the Clyde. The Waveform Transmitter‘s Ste Knight has the details. END_OF_DOCUMENT_TOKEN_TO_BE_REPLACED

The second in our new features, the Sound Sonar aims to bring you a selection of our favourite releases for the week ahead. Singles, EPs, albums – all are fair game, and we’ll be including the best in non-commercial electronic music, hopefully covering as much of the gamut in the process.

This week, we have three singles, all differing wildly in style. House, Afro-house, and techno are all covered as we travel across the spectrum of electronic music. Take a listen to the tracks, below.

Les Bois commences proceedings with its skittering percs and iconic acid squiggles that dominate the bassline. The second track, Katsu, comes in with a sweet breakbeat and low-key organ stabs, before a delightful 303 enters the fray to dominate the bottom end.

Samo offer the first remix of Le Bois, injecting a housier vibe into the track, complete with swirling pads and thoroughly danceable bass affectations. Ed Herbst is up next, sticking with the house slant while taking things down a deeper pathway. Tape Fear stamps a dubby, club trax style onto Les Bois, giving the track a distinctly different feel. 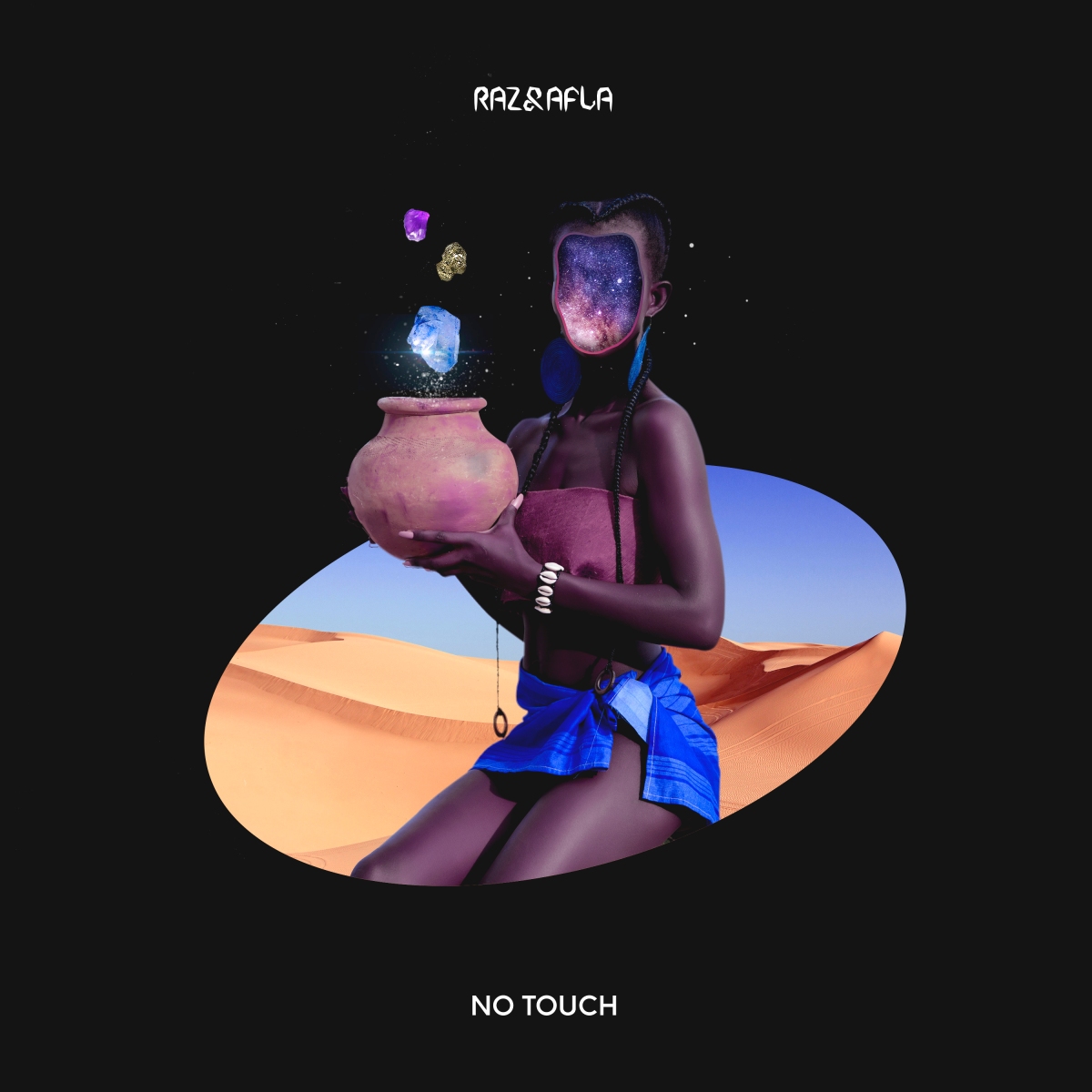 Bassically‘s Raz Olsher and Ghana’s Alfa Sackey join forces with monumental effect, as they drop neatly into the Beating Heart fold with their glorious Afro-house jam, No Touch.

Alfa provides the organic percussion and vocals on the track, which are backed up by a contagiously grooved-out bassline boasting a depth rivaled by Ghana’s Lake Bosumtwi.

Africa’s rich musical heritage courses through the track’s veins as we are taken on a blissful journey across the continent. This is a unique example of the Afro-house sound that perfectly brings together man and machine to deliver a triumphant single.

Raz & Alfa – No Touch is released by Beating Heart on January 10th.

My personal favourite this week comes from Portsmouth-based Taro Records’ founder Elliot Cronin AKA Taro Division. He runs the label alongside Aaron Udy, and the two also perform live and produce together under the Syrette moniker.

The curiously titled Sunglasses Indoors Like Vinny D, comes at you swinging its fists full pelt into the sides of your face. The track is the perfect amalgamation of industrial techno‘s gritty machinations and hardcore rave‘s past and present production sensibilities to deliver a track to send heads tumbling all over the dance floor.

Taro Division marries these styles deftly from the off. Scythe-like industrial synths open the track before a militaristic tom heralds the arrival of those kicks. Almighty though it is, the bottom-end percussion never detracts from or overpowers the other elements of the track.

With a dose of acid dropped into the mix for good measure, Sunglasses Indoors Like Vinny D makes for some serious warehouse fodder. Think the bastard lovechild of Beltram and Lenny Dee and you’re in the same ball park.

Find Taro Division Sunglasses Indoors Like Vinny D, here. You can pay what you like, but we suggest recognising the artist with at least a small donation for delivering us a blistering track.

As we rush headlong into the first month of 2020, The Waveform Transmitter‘s Ste Knight offers a look at the best raves on offer to take your mind off the January blues. END_OF_DOCUMENT_TOKEN_TO_BE_REPLACED 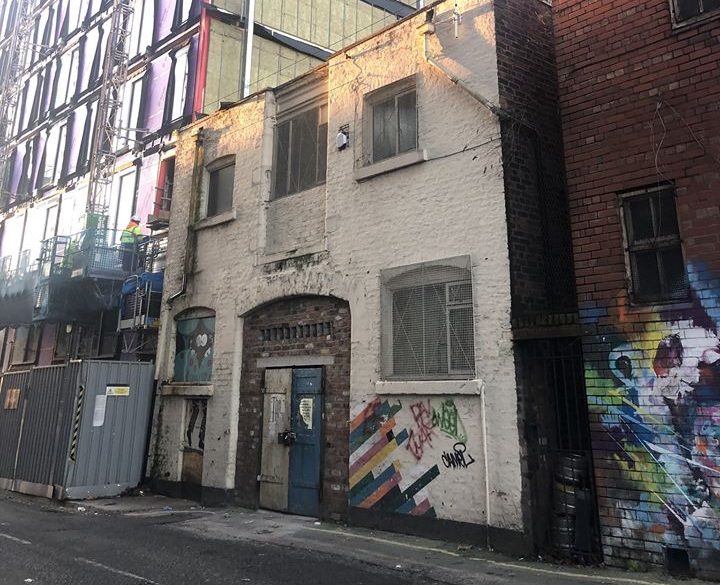 One of Liverpool’s most important venues is under threat once again as developers are granted approval to install windows in a neighbouring building that will lead to noise complaints. The Waveform Transmitter‘s Ste Knight reports. END_OF_DOCUMENT_TOKEN_TO_BE_REPLACED 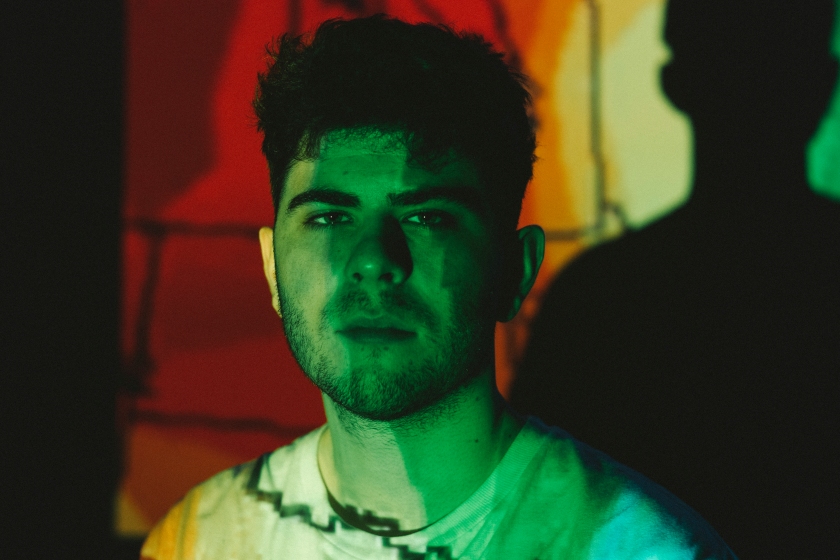 Ahead of the release of his brilliant Circuit Breaker EP, PinballSpider delves into his record box for number 61 in our mix series. The Waveform Transmitter‘s Ste Knight presents an hour of leftfield electro and manifold electronics, and reviews the impressive second release on Avoidant. END_OF_DOCUMENT_TOKEN_TO_BE_REPLACED

Saturday, November 30th sees us hopping across the North Sea with a host of major talent from across Europe, descending upon Amsterdam’s Oosterbar for the ultimate in party-season warm-ups.  The Waveform Transmitter‘s Ste Knight has the details… END_OF_DOCUMENT_TOKEN_TO_BE_REPLACED