The back end of October saw Japanese techno legend DJ Shufflemaster make his return, this time hopping on the Combine Audio train for the release of Esplendor. The Waveform Transmitter‘s Ste Knight presents this week’s techno mix.

Those of us techno-heads old enough to remember back to 2001 will undoubtedly be aware of Japan‘s DJ Shufflemaster, as he dropped his debut album EXP on the ubiquitous Tresor imprint 18 years ago. Plenty happened before that year, of course, with Tatsuya Kanamori releasing since 1995 and appearing alongside the likes of Deetron, Cari Lekebusch, and Chester Beatty.

Likewise, plenty has happened since, with Shufflemaster loading his back-cat with plenty of releases, with his Re:Weekender compilation being the most recent, dropping over on Mindshake Records in 2017. October saw the Japanese producer dropping onto Paula Cazenave‘s Barcelona-based Combine Audio, which has previously seen releases from the likes of Ben Sims and Gayle San, among others.

Esplendor comes in three separate renditions across the self-titeld release. The first (the original mix), opens up with a booming kick and acid line, before the track opens up with the frantic top end percs to get things moving, energetic synth patterns layered over the top for some peak-time madness.

The second track on the record is the Definicion Mix of the track. This takes a more minimal tack than the original, and would make for a perfect tool in any techno DJ’s repertoire. The third variation is a remix by the Combine Audio label-head herself. She gives the track a dancefloor-ready vibe and in doing so gives the track plenty of set-building prowess.

Lucky for you, we have an exclusive mix from DJ Shufflemaster. Recorded at Japan’s Lallapalooza festival this year. Whack the volume up on this one and get sweaty in your kitchen. While you listen, we had a quick catch up with Tatsuya to see what else he had up his sleeves in the coming months…

Love what we do? Then please consider making a small donation to The Waveform Transmitter and help us to keep things moving in the right direction. Hit the DONATE button below – every penny helps keep us alive. Thank you!

Waveform: Hi Tatsuya. Thank you for joining us! Congratulations on your new release, Esplendor, which you released on 28th October via the Combine Audio imprint. This must be an exciting time for you. You last release was just over two years ago, so welcome back!

DJ Shufflemaster: Thank you so much. Yes my last ep was two or three years ago. But I made some tracks for compilation and did some remix.So I don’t think I had a kind of release blank.

W: Something we have been quite curious about since we first heard EXP back in 2001. What made you decide on the name Shufflemaster? Did you just pluck the name out of thin air or was it based around your sound?

S: It’s not serious story. Chicago House is one my roots. The pioneers have their own middle name e.g. Farley “Jackmaster” Funk, Mike ‘Hitman’ Willson. So I named myself Shufflemaster” by following the Chicago House style when I released my first EP on the Subvoice/MC Project in 1994.

W: You have been releasing music since the mid-90s. How do you personally feel your sound has developed in those 24 years?

S: I think I’m affected by technology evolution. And I’m always looking for better sound and technique, using analog and digital equipment at all times.

W: In terms of your influences, who and what have your drawn the most inspiration from over the years? Or do you find production to be a totally personal experience and one which you don’t feel is influenced by external sources?

S: The main source is things from every daily life. 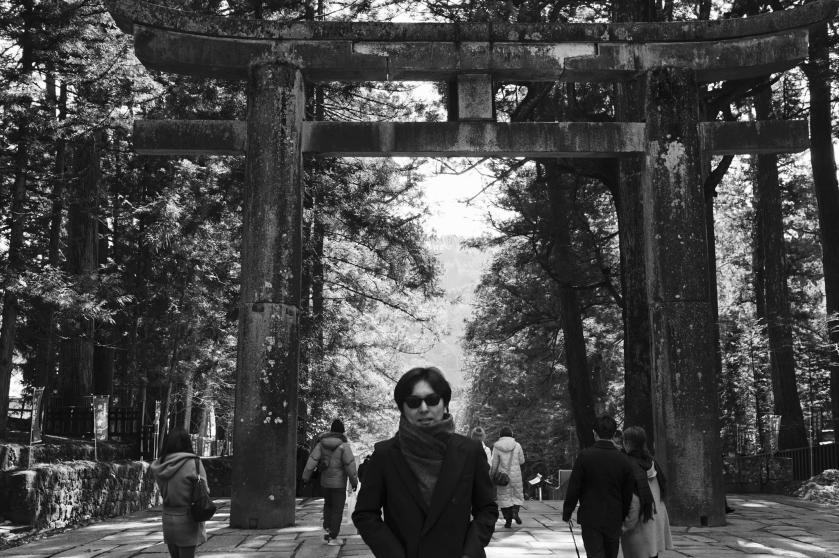 W: Is a DJ set played out to a crowd different to a studio mix, or do you follow the same ethos for both?

S: Both are the same lately.

W: Now that we have you back on the scene, in terms of your releases, do you have any more planned in the near future?

S: I already offered track to Germany label and Italian label for each. and one remix for US label. I think the remix was two years ago. I hope they will release it soon.

W: OK so we always finish on this question. What are your top three dancefloor bombs?

S: I will introduce my recent works because it’s so difficult to pick it up!

DJ SHUFFLEMASTER – MAKE A LOSING CONTROL OF YOURSELF (Snork Enterprises/Germany)

W: Thank you for chatting with us Tatsuya!

S: Thank you so much!

Want more exclusive mixes to get your ears on? Well head over to our mix archive, then! You can find it here. And while you’re nosing about, why not take a look at our exclusive artist-led playlist series, Secret Weapons? See ya round…