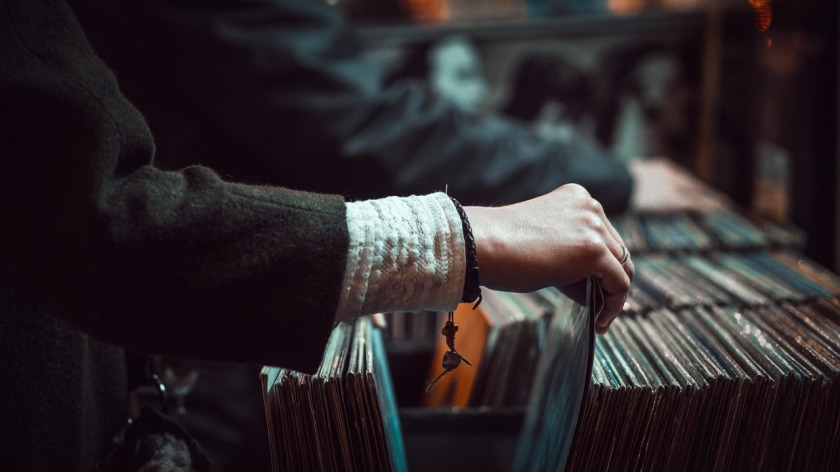 Ste Knight, Waveform Transmitter Editor, is back with another of his Editor Selects columns, which brings together an array of his favourite music from the past however-long-he-chooses. Strap in for releases from Triple G Recordings, Kristin Velvet, SLAM, DJ 3000, and Solar X.

OK. Sorry. Life got in the way and I skipped a week of my Editor Selects rundown. To make up for it, I’ve chosen a slightly extended list of my favourites from the past couple of weeks or so. There has been plenty of awesome new music released so far this month (and back at the end of March) so it kinda makes sense to broaden the scope a touch, anyway.

In this weeks column we have releases from: hardcore imprint Triple G Recordings (their debut record, no less); our fave antipodean, Kristin Velvet, who drops in with yet another stunner; SLAM, who weigh in a hefty rave zinger over on SOMA; DJ 3000, who rounds off the EPs/singles with a techno stomp; and  Russian artist Solar-X, who sees a reissue of his X-Rated long-player.

So, without further ado, lets see what this little lot has got to offer.

We kick off this week’s list with the first of our favourite EPs. Triple G open their catalogue with a thunderous rabble of hardcore and hardtechno’s finest. Hellfish‘s opening track, New Blood Champion, tweaks the central nervous system with more force than a spinal tap with a jackhammer. The AA, produced by Raxyor and featuring Xodus and Aftermath, is equally as brutal, with a devilish breakbeat underpinning  the track – a promising Side A to whet the appetite.

B1 sees Akira and Khaoz Engine rattling through the drum shots faster than the spitting fury of an M134 Minigun, with their spaced-out hardcore track Galactic Human. The collection is rounded off by  Blockdata‘s frenetic track, Coredump, guaranteed to detonate your eyeballs in their sockets. A very solid first release from the fledgling hardcore label. Bring on the next record! You can grab this one, here. Vinyl too!

Kristin Velvet was pretty quick to claim a top spot in our hearts here at Waveform Transmitter; not least because she’s an amazing producer, constantly slinging out ear-gear of the highest order, but she is also a brilliant DJ and top lass to boot.

The Aussie producer has dropped a belter four-track EP on the inimitable Arms & Legs and, once again, does herself proud. Friday the 12th kicks off with the original mix of the title track, a moody house thumper that certainly has a touch of the prog about it. This is backed up by two remixes from Cari Lekebusch, in which he turns the techno right up for some sweaty whiplash inducing fodder.

Velvet keeps the train running down a similar track with her ode to the genre. Maskenball, bathing the cavernous kicks in hypnotic string sweeps and acidic flourishes. Brilliant, as ever. Buy it, here. Now.

I can remember the first time I encountered the Glaswegian duo, SLAM, when I first heard their seminal track Positive Education. Since then the opportunity to enjoy their back catalogue has presented on many occasions, in both recorded and DJ form, and each encounter has been as enjoyable as the before.

Safe to say, SLAM are back at the old speaker-wrecking with their brand new EP on Soma; Bunker Nisca. The package features four tracks guaranteed to cause carnage on any techno-head dancefloor. The release doesn’t let up from the off, with the title track ripping through space-time with warping hoover sounds that evoke the raves of days-gone-by.

Reactor employs panicked alarm pulses over the bone-crunching percussion, segueing us nicely into track three, the acid monster that is Vengeance. The EP ends with a final dose of acid, as Rapid Progression storms through to the close.

Motech head man, DJ 3000, rounds of the top EP/singles with his scintillating Illyrian EP. There are two original compositions on the record; the title track, and Kahve, both of which embody the spirit and ethos of techno’s spiritual home, Detroit, while at the same time drawing influence from 3000‘s Albanian roots (a notion more apparent on Kahve, thanks to the eastern-sounding strings that permeate the mix).

Both productions are high octane techno affairs. The lead track takes the classic sound and wraps it in a killer synth lick that is heavy on the glissando – perfect euphoria tackle. Kahve (which we believe is Turkish for coffee) as stated, features plenty of Eastern promise, hypnotising the listener with a beguiling chords patterns, around which the strings swirl in an utterly mesmerising fashion.

The tracks are backed up by two remixes, each from different artists. Illyrian takes the treatment from Second State Audio‘s Michael Klein, who turns the lights down for his brooding mix. Carlo Lio steps up to the plate for his rework of Kahve, sticking with 3000‘s percussive elements and weaving them into a peak-time techno romp.

Album of the Week

Nina Kraviz’ Galaxiid follows up their first release with a reissue of a genuine forgotten gem, plucked from the mines of 1997 Moscow’s underground electronica scene. Solar X composed the album utilising soviet analogue instruments, and the result should have Aphex Twin (with whom Solar X has previously appeared alongside, in a performance capacity) quaking in his boots because, despite being 22 years old, the album sits very comfortably among current electronica. I guess you could say it was ahead of its time, in that case.

X-Rated is an album that explores form and function throughout. The track titles themselves are taken from a collection of escort cards found around London phone boxes back in the 90s. This translates to the function of the tracks, designed to offer sonic pleasure in much the same way the catchphrases found on each card promised to do on a physical plane.

You can grab a copy of the long player, here. I strongly suggest you do.