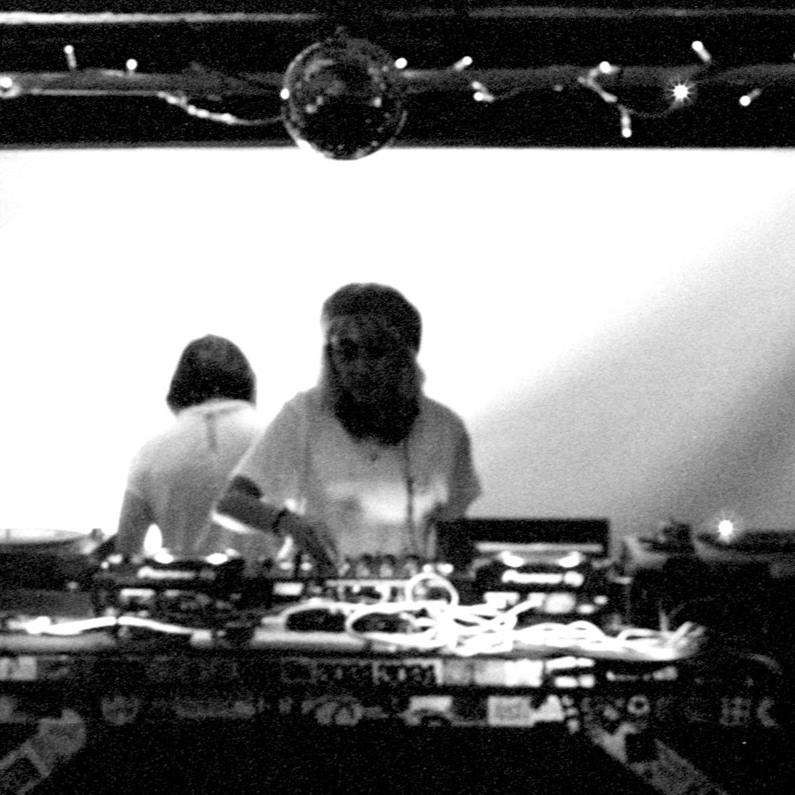 Léa Ben Saïd’s Making Waves is back with a contribution from London-based italo disco queen Rachael. She dug deep into her collection for this one, managing to create a unique atmosphere similar to her Il Telefono parties in London, seducing music lovers across the board.

Rachael has evolved through the London scene, throwing parties and playing in East London especially. She made a name for herself by playing in some of the most renowned LGBT clubs and bars, including Dalston Superstore where she worked for a while, and by throwing parties focusing on putting forward amazing non-male artists with her parties Il Telefono. Today, she regularly plays clubs and radio stations around the British capital, majorly influenced by her interest in true underground music and her involvement in the LGBT community. Her knowledge of and passion for italo disco makes her mix a must-ear.

Waveform: How did you prepare for and record this mix ?

Rachael: I try not to prepare too much as I like to DJ as the flow takes me, but pulling records is its own type of preparing. Basically I packed all my fave italo records and some new bangers I’d picked up.

I recorded it at Five Miles, hanging out with my pal Athene who used to run Brokn’Toys and now runs an amazing label called Subapical. She’s one of the best electro DJ in London right now and a good person to bounce ideas of off.

Waveform: Did you have a specific idea in mind when you recorded it ?

Rachael: Not as such, more just wanting to showcase my love of italo!

Waveform: How did it all start for you ?

Rachael: I started DJing when I was 21 and I lived in Bath. I played on CDs (it was a long time ago ha) and when I moved to London a few years later I lost all confidence in myself! It took until I was working at Dalston Superstore and throwing parties there that I started again, but this time just playing records… and to be honest to save money on my line ups ha.

Waveform: Who have been your major influences ?

Rachael: Dan Beaumont and Matt Tucker of Dalston Superstore have been huge influences on me, both in terms of disco music and how I throw parties. Their parties Disco Bloodbath and Trailer Trash, respectively, were seminal London parties and I think you can see their influence far and wide across the capital.

My good friend, the Swedish designer, Martin Wollerstam has been a secret EBM and coldwave influence on me.

And lastly, the amazing community we have at Rye Wax in Peckham is a massive influence on me, opening me up as broad as possible range of music. I love that its a place that is many different things to many different people.

Waveform: What records can we often find in your bag ?

And actually I think the new Golden Filter record will probably not leave my bag for ages.

Waveform: You run the Il Telefono nights in London, and you have already booked people such as Budino at DJ Bus Replacement Service. What motivates you in booking such or such artist?

Rachael: Il Telefono started as an antidote to both male dominated lineups and some women-run nights that felt like feminist lip service. I got really tired of seeing nights that proclaimed to be feminist but then the promoters would be anything but. I just wanted to do a sick party, only book non males but not have a gendered name. A party can be feminist in concept without needing it to be the main focus.

Waveform: Can you tell us a bit more about italo-disco and its place in electronic music ?

Rachael: Oh god where to start. I mean italo disco is such a weird genre and I think that’s why I love it. It’s SUPER EIGHTIES, super cheesy, and i swear the best tracks walk that fine line between being utterly shit and utterly amazing. I love things that are shit-good. And this is like the pinnacle of synthy shit good and uniquely European and uniquely ‘80s.

Waveform: You seem to have quite tight links with many promoters in London especially, although a lot of people have talked about how hard it is in the capital as there is always so much going on. How was your experience in entering the scene? Did you find it difficult at all?

Rachael: I was lucky to get a job working as the marketing manager and booker at Dalston Superstore in my late 20s. So my start in nightlife was really LGBT focused. I was working as a freelance music journalist at the same time interviewing producers like Jimmy Edgar an KiNK and just worked hard being nice and getting to know people and going out A LOT. Basically, not much has changed in my life.

Waveform: I have only heard your mixes but do you also produce, or is it something you would like to get into and maybe release yourself at some point ?

Rachael: There are plans in the works haha. I’ll leave it at that.

Waveform: Are there any artists you think we should keep an eye on ?

Rachael: Penelope Trappes from The Golden Filter is making ambient music on Houndstooth.

Superdrama is a great label from two lovely sweethearts called Jon and Jerome in East London.

Waveform: Do you have anything exciting planned ?

Rachael: Yep, I’m launching a DJ agency within Rye Wax. All the staff who work here are sick DJs and producers in their own right and I wanna support them all. They’re my family and it’s up to me to take care of them.