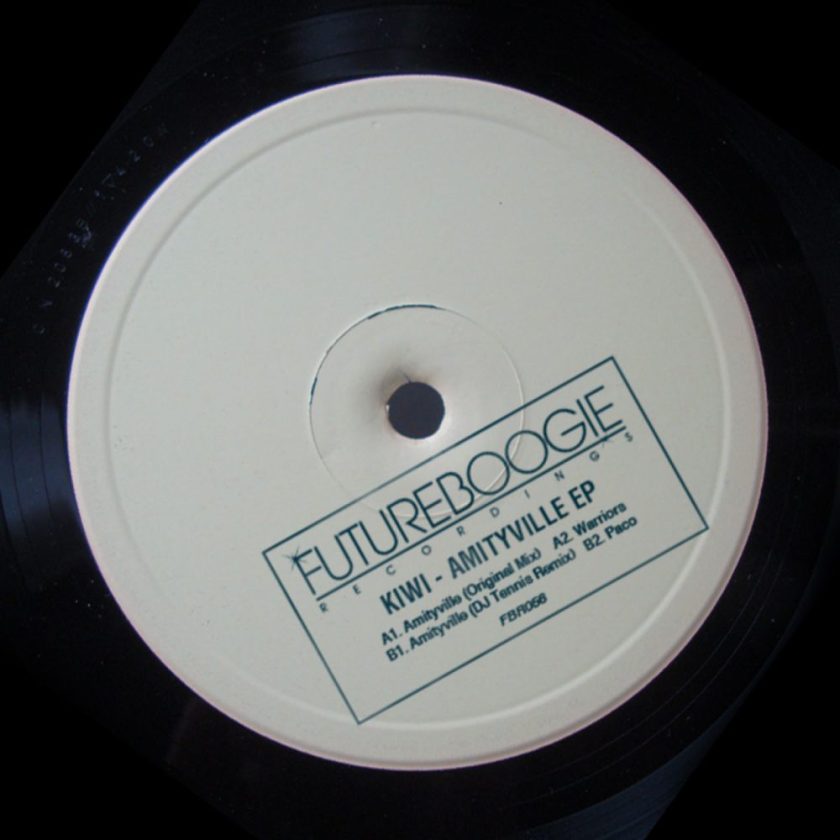 Following up from his 2016 Futureboogie release, Kiwi makes a return to the imprint with his most recent offering, ‘Amityville EP’. 2016’s Orca was particularly well received, garnering the support of DJ Harvey, Man Power, PBR Streetgang and Kate Simko. Listening to his latest release, we’ll put money on it being just as well-received.

Kiwi AKA Alex Warren has taken an interesting twist on the disco sound for the title track, using the haunting Lalo Schifrin score for the film of the same name. One might not associate the horror genre with the often saccharine-sweetness of disco music, but Kiwi somehow makes it all work perfectly together. Taking vocals from the film, he weaves them perfectly with his own production elements to craft a track brimming with anticipation.

DJ Tennis follows up with a much more housey affair, as one might expect from the master of the sound. The original elements remain, while Tennis adds in his own guitar jangles and percussion instruments.

Next up we have Warriors, which again continues the retro cinematography themes, as retro synths sweep over the top of the percussive elements of the track, and guitars riff away in the background. Paco closes the EP off in style, with a touch of psychedelia injected into the mix.

Kiwi –‘Amityville EP’ is available now from all good retailers. In the meantime, check out the synth-drenched Warriors, below.